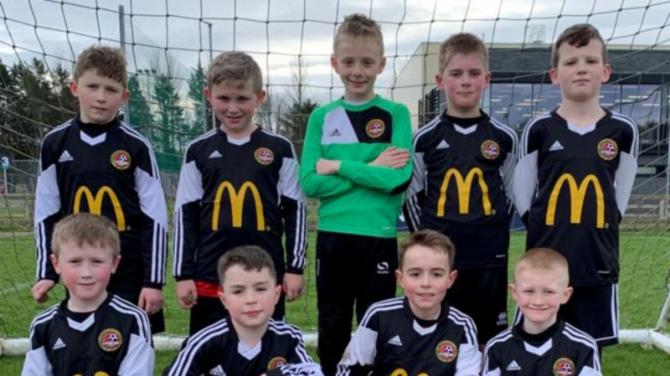 ACTION continued as normal last weekend for the club with the U13s and 16s kicking off the weekend on Friday night in the SBYL, with games against Celtic Boys and Rosario respectively, with both matches at Crumlin 3G.

The centre runs each Saturday morning at St Louis Grammar School from 11 am to 12 midday and as well as training children from the centre to form teams for friendly games against other centres.

U10 Youth HGFYLCarniny AYFC v Limavady Youth - Not the Youths finest performance in Coleraine but a lot of credit must go to Limavady who fought harder and when in possession passed the ball really well.

Carniny looked sluggish from the beginning and never really got going. The highlight for Carniny was a second half Jamie Black free kick that flew into the top corner from about the halfway line. MOTM: Tom McCarroll. Great saves and excellent of his line to keep the score respectable.

After a disappointing first half the Amateurs really came into the game and started to play in the second half.

Harry Barr and Jamie Percy’s endeavours were rewarded with a couple of goals each.

Under 10 Saturday afternoon C4C’s SSG’s - Had two teams representing Carniny at Allen Park this week and all players acquitted themselves brilliantly. r Keep up the good work boys.

The 2007s produced a really dominant display in this game and created several great chances in the first half and should really have been more than 1-0 up at half time after Reuben Burnett scored a great free kick.

They continued to dominate the second period and limited Grove to a few long range efforts. Another great free kick was saved by the Grove keeper but Billy Wylie was alert and blasted home. Final Score a good solid 2-0 win