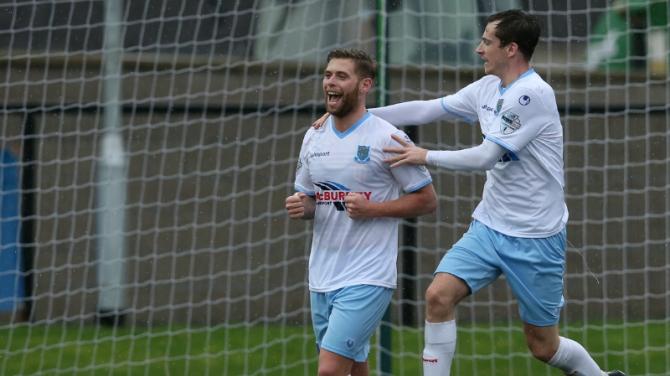 JAMES Knowles knows what it is like to win League Cup honors!

The 25-year-old has THREE winners medals from his time with Cliftonville.

Now, if selected, he plans to give everything for Ballymena United in this Saturday’s final against Linfield at Windsor Park (5.30pm).

A winners medal would be the icing on the cake for the midfielder.

The Moira man is in his first season with the Sky Blues.

He put pen to paper on a TWO year deal with the Showgrounds side - a bold move for a player who normally used to be content with a 12-month contract.

“To get to any final is very exciting,” he told Guardian Sport.

“I won it (the League Cup) three times with Cliftonville. I am very excited going into this final as it has been good to me before.”

Knowles said coming to the national stadium to play Linfield is going to be a big occasion.

“I cannot wait for it and I just hope we can all work hard and push-on on Saturday and do the business,” he said.

Knowles praised the input of the excellent Ballymena support - “You can hear them, and is drives us on,” he said.

The midfielder played under Jeffrey at Linfield - “I came to Ballymena because of David who I know and worked with before. I felt if anyone was going to get the best out of me, David was going to do that,” he said.

Knowles expects a very tough final - “Linfield are a very good side; they are strong, and have good attacking players too. We are underdogs but on our day we can beat anyone. It is going to take hard work. It is hard work that has got us here. We need to keep doing that.”